A thorough investigation is the keystone of solving fly problems. Foremost in the process is identification of the species causing the problem. Experienced Pest control technician can usually readily identify common filth fly adults. However, smaller flies are difficult to identify even with magnification and experience and may require the assistance of an entomologist.

Fly larvae are more difficult to identify and this task usually requires magnification to see the anatomical features used in identification. It also requires knowledge of entomological terms not commonly used in our industry.

Few months back a five star hotel in south Mumbai asked us to investigate a chronic fly problem that had plagued their guest rooms throughout the summer. They complained seeing up to 50 drain flies (Psychodidae) per day in their guest rooms, lobby area and about the pest control company in Mumbai they had hired for lacs of rupees to treat the flies and after their stiff treatment the result were drawn unsatisfactory.

Rajashree Pest Control’s technical team investigated the problem, checking drains, air conditioning condensate lines, shafts, drain holes, roof leaks and despite everything the evidence pointed toward the shaft and toilet water tank. During inspection we observed the flies were crawling out throughout the washroom walls and flying to the windows and lights. There was no sewer gas odor in the room and no evidence indicating the flies were breeding inside the toilet water tank as that was concealed.

After checking all sewer lines and shafts then we decided to to run a camera down the concealed toilet water tank. As we opened the lid of the tank we found a thick layer of slime inside the tank and thousands of live larvas.

The customer removed as much of the organic matter as possible, and applied lime to the contaminated area. They have been fly free ever since.

Lesson Learned: Undeniably the best solution for chronic fly infestations is to find the breeding site and eliminate it. 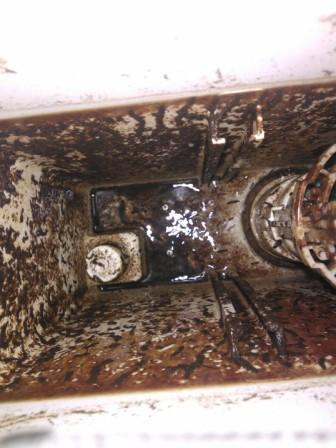 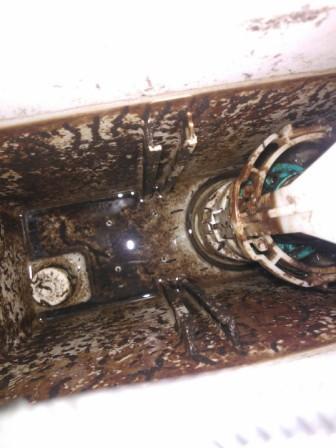