It’s Natural to assume that animals with large teeth and aggressive reputation animals like lions or poisonous snakes are the world’s deadliest killers. But appearance not sufficient to judge the creature’s deadliness.  Mosquito has recorded the maximum killing of people every year. 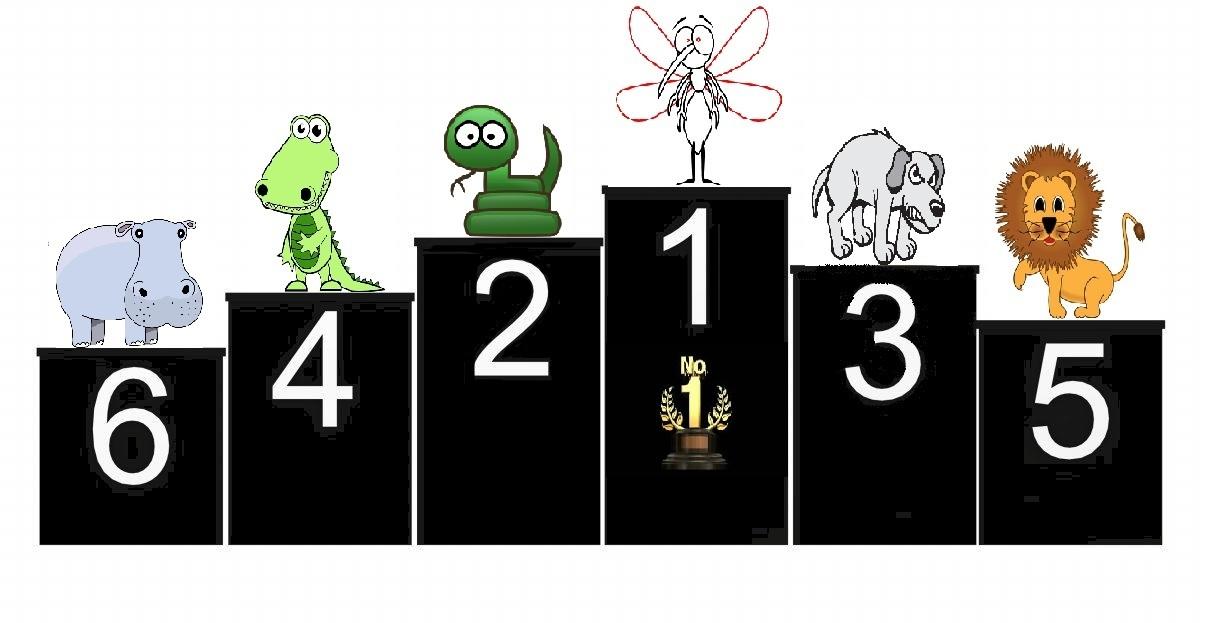 Malaria is spread by mosquitoes and it’s the only disease which kills more than 600,000 people a year while 200,000 people suffer on daily basis. This numbers are far more than any other animals. Among the most dangerous animals listed in the picture are snakes which are at number two, due to 50000 killing every year. Third deadliest animal is snakes which kills more than 25000 people every year. Few unfortunate people get bite by crocodile, lion and Hippopotamus.

Mosquito is the deadliest species which tops in human killing. Worst is the malaria kills more than 500,000 people a year around the world. Other deadly diseases like Dengue and chikungunya is spread by mosquitoes. Mosquitoes are found in all parts of the world except Antarctic region.